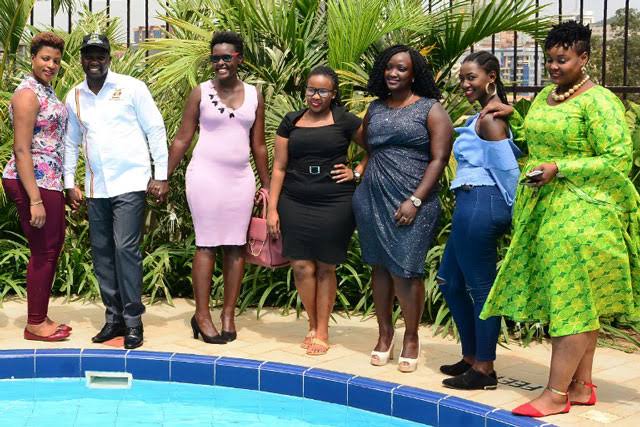 The over criticized competition of 2019 seems to be heating up to surprise every person who threw bad words against it.
The competition dubbed “Miss Curvy Uganda” was set up a few weeks ago by its self proclaimed organiser Anne Mungoma who has over these days consumed all sorts of farfetched criticism from naysayers around the country.

The criticism developed when minister of Tourism Hon Kiwanda sided with the competition in a move to pick up bumlyicious women to act as tourism ambassadors that many citizens pictured from a wrong Angle.

Apparently you can’t believe that the over dissed competition has over 400 women signing up and more are Still lining up on the gates.
” The competition has heat up to the extent that it had to be pulled closer from June to April” The Bootylicious Anne told NBS’s Motor mouthed UnCut Presenter Zahara Toto.

The competition manager assured the public that the whole process will be free and fair and that people will have the best value of their money.

For women out there who wish to join the competition, feel free to present your succulent bums at their offices Opposite Garden City on Yusuf Lule road or on their website www.misscurvyuganda.com