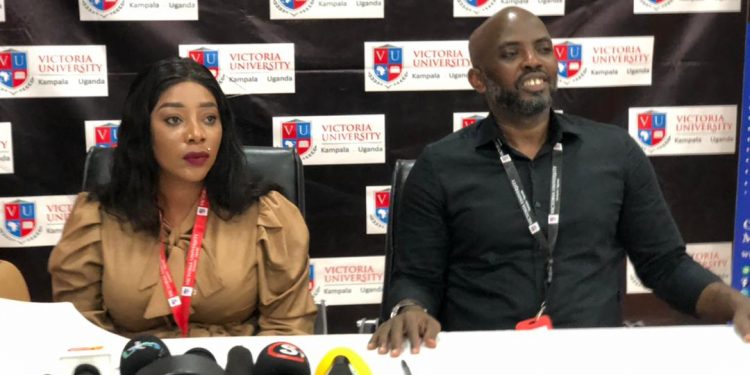 Shocking as you might think, Kampala city socialite Shanita Namuyimba alias Bad Black has been appointed the official brand ambassador of Victoria University.

The Jinja Road based private University on Monday signed a one year agreement with Bad Black to among other provide marketing services to the University.

According to contractual terms, Bad Black is expected to engage in the “business of brand marketing” through her various platforms. The controversial socialite has over years made headlines for cases involving fraud, drug abuse, indecency among others.

In 2012, Bad Black was sentenced for 4years in prison for stealing her former British lover’s sh11bn. Black has publicly confessed how she has used her body to ‘extort’ money from men and prides about having sex with several men in Kampala and other neighbouring countries.

“So Victoria University advocates prostitution,” a one tweep Nick Drew said. Others however, congratulated her saying, “the sky is the limit Bad Black.”