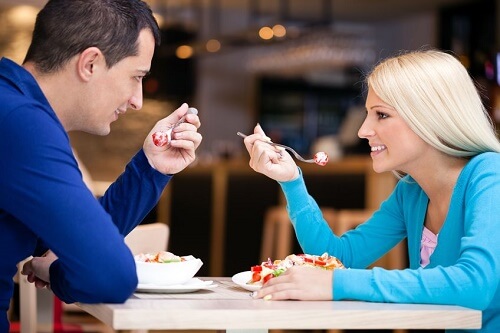 1. How to be approached

The scariest thing for boys is approaching a girl. Girls have all the power to turn them down and hurt their feelings. Boys don’t want to be rejected, and they don’t want to come off as a loser. What man wants to experience rejection? Actually, no one wants. That is oneof the secrets boys want to know about girls is how to approach them!

This is another secret boys want toknow about girls. I want to say thatit’s a kind of a myth. Of course most girls like bad boys, however there are so many girls that hate bad boys and want a good guy! What girl wants to be treated like rubbish instead of a princess?

This is a secret boys want to know the most of all, because sometimes they can’t understand what is going on with us. Girls play hot and cold for a few reasons. We are trying to play hard to get, or we just can’t decide whether we want have you as friend or we have feelings for you. Playing hot and cold is a great way to intrigue a boy and make him chase you. But girls, if you can’t decide whether you like the boy or not, he can think that you’re just flirting and can reject you. So be honest with your boyfriend and let him know what feelings you have.

4. What girls think is sexier – confidence or looks?

When you look at boy, what catches your eye is his appearance, right? Looks are a key to what girls find sexy, but the confidence is what will make it or break it. Have you ever met the guywhom you didn’t like at once, but after 15 minutes of talking with himyou had physical attraction to him? Or have you ever met the boy who was extremely attractive but self-sufficiency? It is not sexy, right? So girls, let the guy know you find him extremely attractive, or intriguing. It’ll help him to come across to you.

This is another secret boys want toknow about girls. Usually women categorize the men they would sleep with, and the men they only see as platonic friends. Just because girl finds a boy attractive does not mean that she wants to sleep with him. It comes down to sexual chemistry. A lot of girls have guy friends who are really attractive, but they never think about sex with them. If there isn’t a sexual chemistry between girl and boy, girl can place you in friend zone.

As boys have a competitive factor between them, girls have it too, just in a more secret way. Boys like to be upfront, they like to show everyone who the winner will be. Girls acts in a secret shady way, they’d never say anything to the girl’s face, but they can cause so much drama behind her back. It’s all based on jealousy and envy. As women we want to prove our worth, that’s why very often we take down every girl we feel is a threat.

7. The truth about sex

For some reasons there is a plenty of fear based thinking that a girl will come off easy, desperate, or pathetic. However, women like to have sex just as much as men do.
We just don’t talk about it, or we like to think we want more than just sex with someone. The best thing is to be honest in what you’relooking for when it comes to sexual matters. We can’t read eachother’s minds.
Source: en.Amerikanki.com