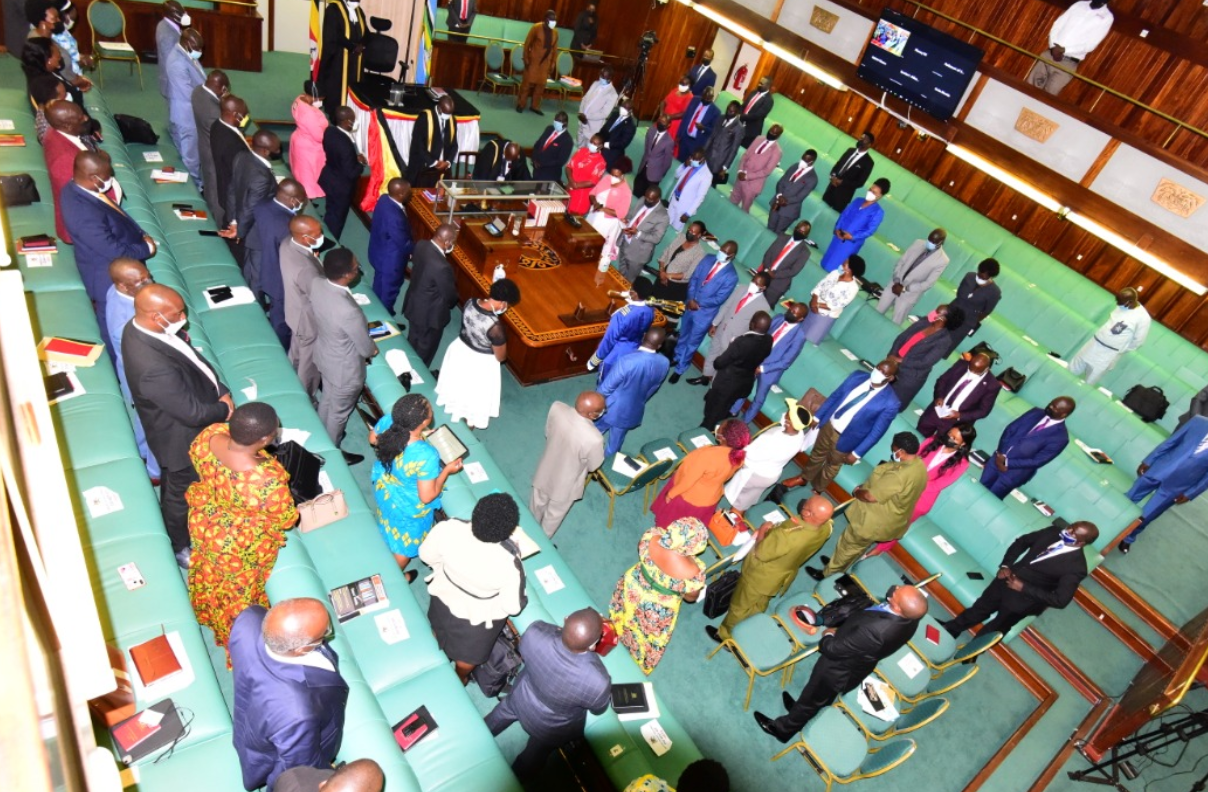 Opposition legislators have walked out of Parliamentary sitting in protest over the re-arrest of NUP MPs Allan Ssewanyana (Makindye West) and Muhammed Ssegirinya (Kawempe South).

Mathias Mpuuga, the Leader of Opposition led the opposition MPs out of the parliament chambers after disagreeing with the statement issued by the Prime Minister, Robinah Nabbanja and Attorney General, Kiwanuka Kiryowa saying “it was not satisfactory.”

In her statement, Nabbanja admits that it is true that the two MPs were re-arrested and that Ssewanyana has already recorded a statement while Ssegirinya is expected to be interrogated later today in the presence of his lawyers. This did not go well with the Mpuuga and the opposition MPs who decided to walk out of the plenary in full watch of the Speaker, Jacob Oulanyah. Some of the opposition MPs broke the parliament dress code and donned T-shirts calling for the release of the two legislators.

“I am very disappointed with the Leader of Government Business because she had nothing to tell us and it was even made worse by the Attorney General who seems to be reading his own constitution and forgotten about the 48 hour rule,” Mpuuga said.