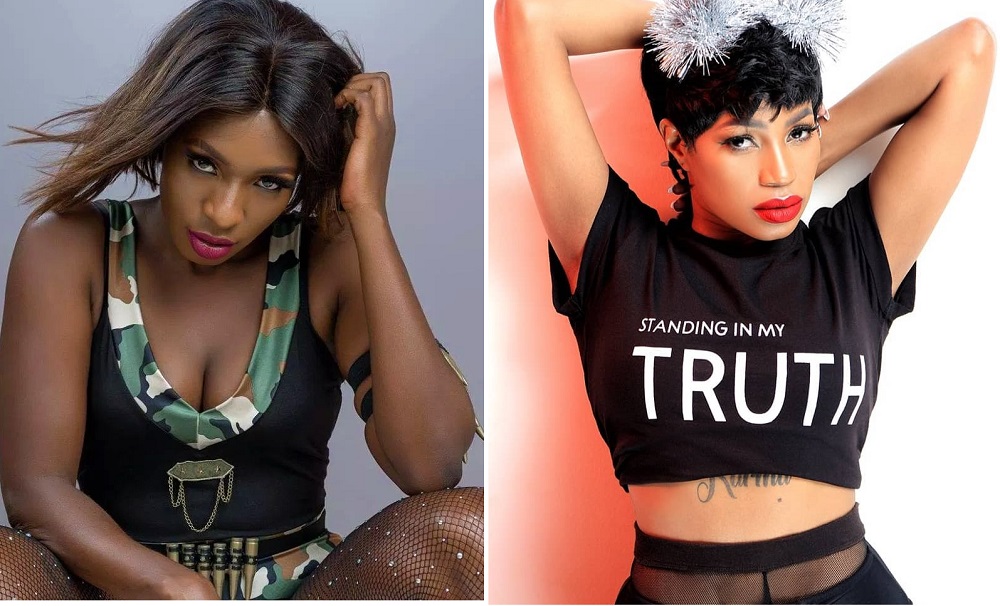 Since this week began, the 2 dance-hall female artists Cindy Sanyu and Sheebah Karungi have had wars on who is better than the other. The fight has since erupted into exchanging bitter words on social media and interviews to prove to fans on who tops who.

This was initiated by Cindy on a interview with a journalist when she clearly said she is far better than sheebah and would even want to prove it by battling her on a single stage. Sheebah as well did not have any kind words for Cindy.” Teach me how to sing, i will teach you how to make money and build a mansion in Munyonyo”, Sheebah fired back to the blagging artists. In the same raw, Cindy clapped back saying if at all sheebah’s voice fails, she would bring her mansion on stage.

Sheebah’s manager came out to clear this wave by saying they can’t battle the dead like Cindy,that they would be resurrecting her, they rather battle with Vinka who is on form.