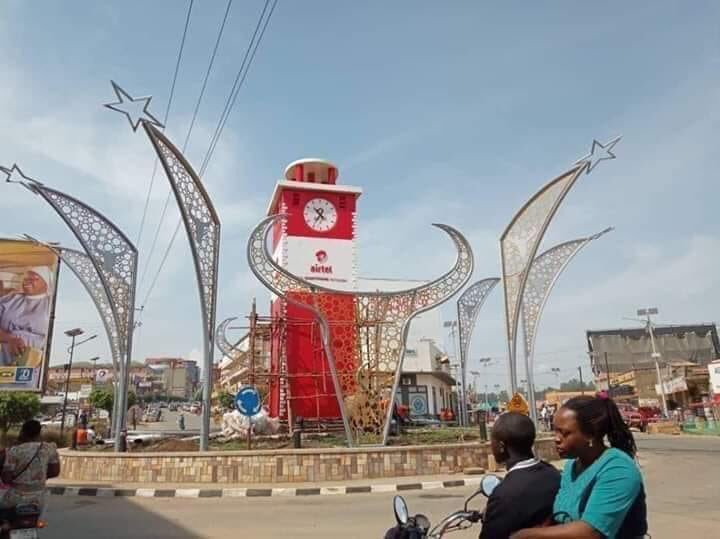 If you have been on social media today, you have most probably seen photos littered everywhere showing the new developments that have been made on Mbarara Roundabout as you enter the city from the main Kampala highway.

Mostly known to westerners as “Mahembe Ngente” because of the cow sculpture that has been there for more than 30 years, people mostly from that part of the country have today flocked and caused stampede on social media upon the new developments they termed as “fallopian tubes” that have been made on the roundabout.

They have birthed a hashtag #BringOurCowBack on social media to show that they are not resonating with these developments and seeing their cow disappear out of the blue.

Most people poked Airtel because of the advert they placed on the round years ago on the clock tower saying they could be the behind these developments.

Airtel has come out and distanced itself from these developments and that they are not behind the structural changes being made on the roundabout. 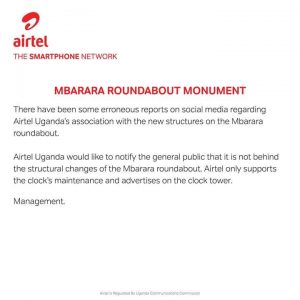