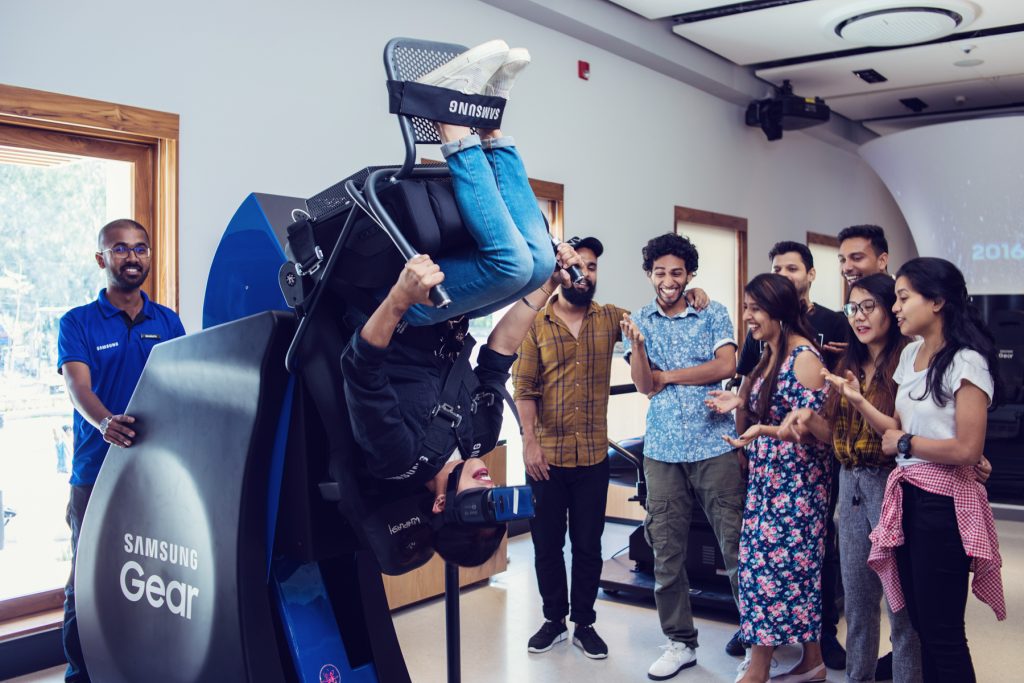 HC Hong, President and CEO, Samsung Southwest Asia, said one of the aims of the store is for consumers especially the millennials who seek unique experience, and want to interact with the company’s brand.

The store will be used by the company in showcasing differentiated product experiences, built around Samsung’s philosophy of #DiscoverTomorrowToday. These experiences revolve around transformative technologies such as Virtual Reality, Artificial Intelligence, Internet of Things, and Wearable Devices which Samsung is pioneering globally.

The South Korean-based Electronics firm will offer its visitors a plethora of VR experiences, which includes the 4D Sway Chair or the Whiplash Pulsar 4D chair that makes 360 degrees three-dimensional movements giving one the ability to slip into the role of a fighter pilot doing extreme aircraft stunts, or experience a space battle, or a roller coaster ride.

For those who enjoy the thrills of kayaking or rowing, a not-to-be-missed VR experience will be offered to them as well. Fitness enthusiasts can cycle through scenic Europe, racing alongside a friend, and finally consumers can also pre-book the Centre’s home theater zone for watching movies and shows with their families.

Samsung Opera House seats on a 33,000 sq ft standalone property is aimed at becoming the innovations, lifestyle, entertainment and culture hub of Bengaluru with events being organized around fitness, photography, gaming, music, movies, food, stand-up comedy, technology and startups at the sprawling plaza area, round the year.