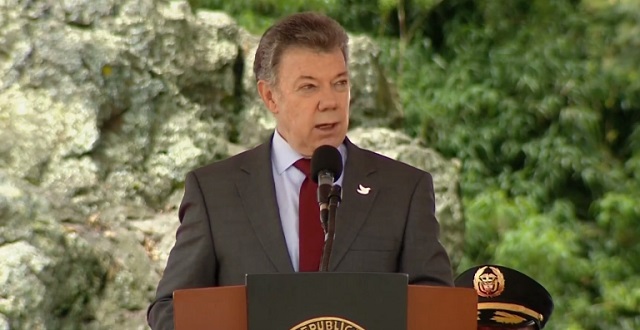 In a meeting with journalists, Santos said Gustavo Bell would replace Juan Camilo Restrepo after the latter announced that he would step down in January when a ceasefire with Colombia’s last active rebel group ends.

Bell, 60, served as vice president under Andres Pastrana from 1998 to 2002, and will lead the government team negotiating a new ceasefire next month.

The news was welcomed by the rebels, who began their historic truce with Colombia’s armed forces on October 1, after half a century of fighting. The peace moves came a year after the government signed a landmark peace accord with Colombia’s largest rebel group, the Revolutionary Armed Forces of Colombia (FARC).