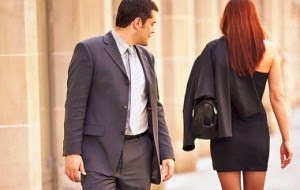 Some signs are so obvious that women can’t ignore them: late business meetings, lipstick stains, odd perfume smells, etc. However, there are more subtle traits that may indicate a man is cheating.

Here are 10 ways you can tell, and what you can do about it:
1. He doesn’t respect his own mother
According to Dr. Carole Lieberman,
author of “Bad Boys: Why We Love
Them, How to Live with Them and When to Leave Them,” a woman should carefully observe how her husband (or future husband) treats his mother. If he is disrespectful to her, he is more likely to be disrespectful to you.
2. He is a self-centered narcissist
Watch out for men who are self-
centered, narcissistic and have no
empathy. Men who see women as
objects and are more likely to cheat.
Stay away from them. Don’t try to change them, or convince yourself that he needs you, because he is not going to change. (He doesn’t want to.)
3. He feels powerful
A study conducted at the University of Tilburg in the Netherlands shows that powerful people are more likely to have an affair. However, Dr. Joris Lammers reports that the relationship between power and confidence is greater than the relationship between power ainfidelity. The best way to keep a man faithful is by building up his confidence, but not letting power get to his head.
4. He has low self-esteem
If he constantly worries about getting
older, losing his hair or being fired, his self-esteem is probably tanking. He might try to fix things by having an affair in order to help him feel more like a man. The best way help him is to avoid comparing his successes to another person’s, and encourage him to fulfill his goals.

5. He gives in to his vices
Men who drink heavily or use drugs tend  to have no limits and believe that they can do whatever they want — even cheat. Avoid these types.
6. He suddenly gets very critical
If he never cared about your weight or how you clean the house, then suddenly everything you do makes him irate, then that is a good sign that something is wrong. If he constantly criticizes and belittles you, he is probably trying to manipulate you in order to divert attention from his bad behavior. Try to figure out if it’s stress or depression before jumping to conclusions.

7. He flirts with everyone
If he loves charming every girl that falls in his path — your mom, sisters, friends, etc. — to the point that you think anyone would melt for him, it’s most likely happening. Make it clear that you will leave the relationship if he doesn’t do his part. Men can still be charming without being unfaithful, but they need to be careful.
8. He suffers from forgetfulness
Does he forget your birthday, favorite
restaurants and tastes? Does he forget
his promises? (For example, taking you out to the movies on a Friday night.) If he pretends to forget his mistake to confuse you and mixes up your likes and dislikes with other people, that is not a good sign.
9. He is more aloof
If he hides when someone calls, or he
doesn’t answer calls when you’re
around, there is room for concern. If he changes his password frequently and “forgets” his phone in the car or at work, those are also clues. Most women who have been betrayed report that they say these signs, but they ignored them. Do not neglect your instincts.

10. Intimacy changes
If he is less affectionate, but still wants to make love, your intimacy is no longer the same. If you have concerns, talk to him about it. Tell him that you want to be more affectionate. Tell him that you think he’s changed, and ask if there is something wrong. If he denies that he has changes, be wary. Something maybe going on.
Source: Information Nigeria