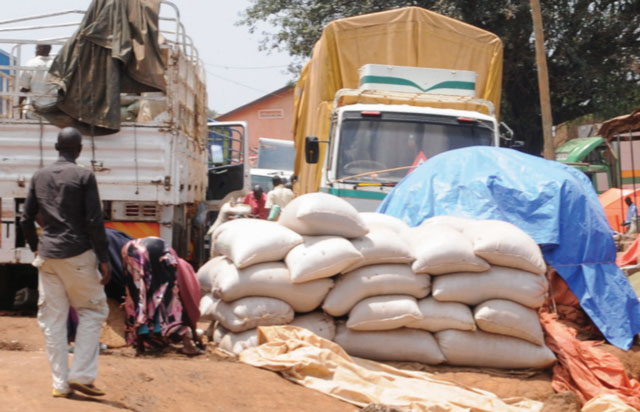 Kampala, Uganda | THE INDEPENDENT | Maize flour prices in Kenya has increased by nearly third to Ksh 115 for the two kilogramme packet since the millers exhausted subsidised flour stocks.

The country’s media reports indicate that the top retailers including Uchumi and Tuskys have exhausted the Ksh90 maize flour packets, triggering a 28% increase in the cost of living.

Currently maize flour millers are said to be buying maize from farmers and traders at Ksh3, 000 for the 90-kg bag, up from the subsidised Ksh2, 300. This comes at the time a section of Kenyan farmers are protesting import of cheap maize from Uganda, saying it will reduce their profitability.

The post Maize flour prices in Kenya on the upward trend appeared first on The Independent Uganda:.