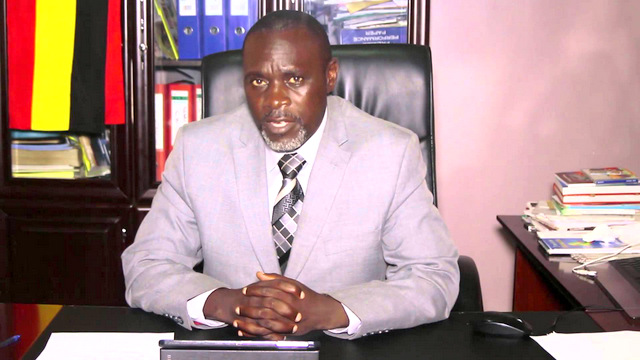 Your ads will be inserted here byEasy Plugin for AdSense.Please go to the plugin admin page toPaste your ad code OR Suppress this ad slot.

Abed Bwanika
Former presidential Candidate Abed Bwanika has decried the manner in which the government especially the Ministry of Education and Sports has ignored to the fundamental basics to revamp the sector on all levels.
Speaking while appearing on CBS FM on Saturday Morning, Bwanika said that pupils are going through a wrong syllabus that is concentrating on subjects that don’t provide solutions to African continent.
He says that school should be made hands on so that primary school and secondary school students can be able to execute things like carpentry, bakery, tailoring among others so that even when one may drop out, such skills can help him or her to earn a living.
“I sometimes shed tears to find that student in senior six has nothing he/she can do to earn a living besides discussing the history of Europe, French Revolution and the Dead Napoleon. If I may ask, what will Napoleon help a Ugandan youth?” He asked.
Bwanika also noted that the unrealistic tendencies of the Uganda National Examinations Board (UNEB) grading pupils from up country schools with the urban based school is so unfair since the two pupils acquire different standards and service.
“How can you use the same grading to evaluate the performance of a pupil from Kyanamukaka or Zombo district with that of a pupil from Green Hill, City Parents, Lohana or Sudir’s Kampala Parents School? This is being unfair to the real Ugandan Child. There is a good number of pupils in Uganda who have never even how an electric pole looks like.”Bwanika said.
The People’s Development Party (PDP) President added that the greatest challenge and cause of these failed systems is President continued stay in power.
Bwanika accuses President Museveni for messing up the country and sabotaging the independence of state Organs and institutions that range from Executive, Parliament Judiciary, Military among others which are all controlled by one person as if Uganda is his father’s asset.
He says that President Museveni after realizing that all sectors in the country are on life support, he has resorted to taking his family and relatives for services abroad.
“His daughters don’t give birth in Uganda, and other people. If I may ask, have ever heard that his wife or relative is admitted in Mulago Hospital? He knows there is no Medicine that’s why they go as far as India, America for treatment.” He added.
The three time presidential candidate also rubbished the Universal Primary/Secondary Education programs saying that governments little money in the poorly facilitated Schools.
“People should stop fooling Ugandans. Is government Dump to understand that 1700/= is not enough for fund a UPE pupil and their teachers in School? Do you also expect someone from such a school to competete with Urban ones paying about 800.000 school fees, eating three times a day, Studying during prep and Weekends? All we need is common sense.” Furious Bwanika said.